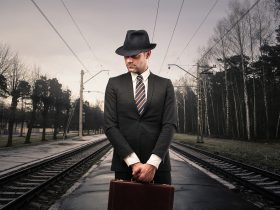 A director’s loan account can be a very flexible way of adding or removing funds in a business, but they should also be approached with care.

Recent rule changes also mean that the Directors Loan Account (DLA) isn’t as tax efficient as it once was, and you do need to make sure you use it correctly.

In this post, we are looking at the issue of the DLA, how you can use it, and what to watch out for, especially if your company makes a loss. We are covering:

What is a DLA?

A Director’s Loan Account or DLA is an account within a limited company, with a separate account for each director. Think of it as a bank account except that instead of being with Barclays or HSBC, it is actually with your own business.

The DLA works almost in exactly the same way. Put money in and you have a positive DLA. Withdraw more out than you put in, and you have an overdrawn DLA.

Why do directors use directors’ loan accounts?

Many directors run a DLA as a matter of convenience. For example, a director may want to give a short-term loan to their company, but not want anything in return (such as equity in the business, in the form of shares).

In this case, they could simply transfer the cash and then the balance would sit as a positive amount in their DLA, to be paid back by the business when it is able to do so.

Some directors use a DLA as a way of registering their expenses but not actually claiming the cash. For example, if a director pays for things like travel and subsistence themselves, and then makes an expenses claim just like any employee. Instead of being paid cash or the money being transferred into their bank account, it is noted in their DLA.

Both of these examples are useful when a company doesn’t have a lot of cash but still needs to carry on operations. The DLA is a formal note of what a director has put into the business.

Other directors may use company goods or services for personal use and at the end of the month or quarter, pay back the value of these. In other words, the DLA is used as a kind of customer account.

A positive DLA balance indicates that the company owes the balance to the director. It can be repaid at any point when the company can afford to do so, and there aren’t any tax or National Insurance implications for the director.

This is because they’re simply being repaid their own money, rather than drawing money out of the business. It’s one of the reasons why good bookkeeping is so important for your company tax return!

If a business is cash positive, directors can run an overdrawn DLA. A director may need cash in their personal life, and will use the company as a way to get a loan but without the cost and administration of a formal bank loan.

In reality, DLAs tend to move between being overdrawn and in credit just like any other bank account. A director may build up a large balance, only to withdraw more cash and then pay it back at a later date.

A DLA can also be used by directors who are going to receive a dividend at year-end but need the cash sooner. The DLA goes overdrawn, and then when the dividend is declared and paid, it goes into the DLA to pay off the balance.

For owner-managed companies, an overdrawn DLA isn’t usually a matter of concern. The owner holds all the shares and so, to some extent, they can do what they like with the business. But the company is a separate legal entity to the people that own it, and it’s important to run it as such.

It’s good practice to make a formal note of what is happening through the minutes of a board meeting, even if you’re the only shareholder and director in your company!

Where a business has more than one shareholder or director then it is important to go through the process of agreeing to an overdrawn DLA before money is taken out. Just like a bank, a business may want to set a maximum overdrawn amount, and have this signed off by another senior person.

As previously noted, many directors use a DLA as a way of obtaining a loan in advance of receiving dividends. In most cases, the DLA is paid back from the proceeds of the dividends, and all is well.

Unfortunately, some directors run up a large DLA balance as a way of getting tax-free cash out of the company with no intention of paying this back. HMRC’s view is that this is a benefit, and as such should be taxed accordingly.

For very small balances this doesn’t matter, but for amounts over £10,000 it’s different. A tax charge will arise if the director doesn’t pay this back within nine months of the end of the accounting period, or where they don’t pay a commercial rate of interest.

This means that overdrawn DLAs will attract a tax charge of 32.5% on the lower of the amount outstanding at year-end, and nine months after the year-end.

There are two issues we need to consider here: loss-making companies, and insolvent companies.

Let’s start with the former. A company can make a loss for as long as it likes, as long as it has the cash to cover the losses. See YouTube, Amazon, and Tesla! In this case, the directors can take money out of a DLA both if it is positive and if it puts it into an overdrawn state.

When this happens, the DLA sits as an asset on the company balance sheet. Assuming the company has profits to distribute to shareholders, then it can be paid off using a dividend, or the director can pay it back with personal cash.

If the DLA is written off by the company, then essentially it doesn’t expect to get that money back. It means that the director has taken money from the business outside of a salary or dividend.

Because they’re not paying it back, then the value of the loan should be treated as income, and they must declare it on their Self Assessment tax return.

When we are looking at insolvent companies, the situation is different. Directors of companies that are heading for administration or liquidation have to be very careful about their actions.

If a director has an overdrawn DLA, the official receiver can require that this money is paid back. If they think there has been any wrongdoing then they can refer the director for further action, which can include disqualification.

DLAs can be a very useful and flexible tool for company directors to get money both in and out of their companies. They can be used to smooth out the payment of dividends, or to pay for one-off large expenses.

But with that flexibility comes responsibilities, and directors have to be sure they are not contravening company law, or they could end up in a very sticky situation!

Looking for an accountant to help you? Compare accountancy packages to get started.