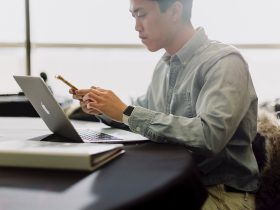 How to Remain Sane While Running a Business

Just two or three years ago, you couldn’t go long without seeing an article warning about the over-reliance of SMEs on bank overdrafts. Yet according to a new report, small business overdrafts are dying out – and have been in decline for some time.

The Decline of the SME Overdraft

The report by online business finance market Funding Options revealed that the value of small business overdrafts is falling by £100m a month. While SMES were still borrowing £12.1bn in bank overdrafts at the end of March 2016, this represents a 13% decrease from September 2014’s figure of £14bn – and a massive 42% drop from the £20.9bn owed by SMEs in April 2011.

So why the decline?

While some SMEs are undoubtedly turning to alternative lenders – a market that has widened due to concepts such as crowd funding and peer lending – there is still a strong demand among SMEs for bank funding, says Funding Options CEO Conrad Ford. He blames post-credit crunch caution for the decline.

“The fact is that banks have to question the logic of extending overdrafts to this section of the economy. This is not so much about small business’ ability creditworthiness – this is purely a result of how banks are being forced to operate post-credit crunch. Given that overdrafts are unsecured, with no set repayment terms, they have fallen out of favour with regulators. Banks are cutting their exposure to them in response.”

“Even the most successful small businesses are at risk of their overdrafts being cut with almost no notice. The problem for small businesses is that it is relatively easy for overdrafts to be withdrawn: the comparative lack of formality as opposed to a loan, for instance, means that access to an overdraft is not set in stone.”

With this in mind, small business owners would be well advised to make sure they don’t rely too heavily on their overdrafts – and maintain them at a manageable level.