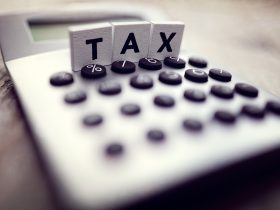 If your nearest and dearest left you feeling rather disappointed on Valentine’s Day, there may be a way that they can make it up to you – by giving you a really thoughtful gift. No, not a spa day or the chance to take a Bugatti Veyron around the track. Pah! Who wants those, when you could have a bigger tax allowance?

Everyone has a tax-free personal allowance of £10,600 – meaning that you’re not liable for tax until you earn £10,600; this amount remains ‘tax free’. However, the Marriage Allowance allows a spouse or civil partner who earns less than their personal allowance to transfer £1,060 of it to their partner, providing their partner doesn’t pay more than the basic rate of Income Tax.

Sadly, though, many people still aren’t aware of this and don’t use the allowance to their advantage. Although around four million couples who are married or in civil partnerships should potentially be benefitting from this allowance, which was introduced in April 2015, many still aren’t – and a lot of them are in the East Midlands!

A Lack of Tax Romance in East Midlands

HMRC have warned that thousands of couples are still missing out in the East Midlands, with nearly 185,000 eligible couples yet to apply for Marriage Allowance – even though, on average, it could boost their finances by £212 a year.

“Show your spouse you love them by applying for Marriage Allowance. A cash boost is always welcome, and whether you use it to treat your loved one to a romantic dinner, put it towards a cosy weekend break or just help pay the bills, Marriage Allowance means couples in the East Midlands can save £212 on their tax bill every year. So, don’t lose out – claim today.”

If you’ve decided this sounds like the ultimate romantic gesture, then you’ll be pleased to know that HMRC claims to have simplified the application process, reducing it to the work of a few minutes if you apply online at gov.uk/marriage-allowance. Couples are being given up to four years to claim backdated annual allowances to ensure as many as possible do not miss out.

So if you were let down on Valentine’s Day – or you know that your own romantic gesture didn’t really pass muster – hop over to the HMRC website for more details on a loving gift that really will ensure. Well, at least until the rules change – or one of you begins to earn more money…