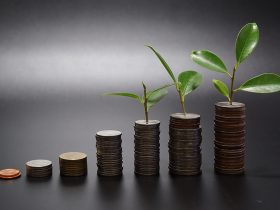 Amid widespread concerns about steep business rate rises, a new survey from the Federation of Small Businesses (FSB) has revealed that nearly a fifth of small businesses facing increased rates fear the cost will ultimately force them to fold.

Rises Are “Unsustainable and Unaffordable”

The planned increases have attracted a great deal of criticism, with FSB National Chairman Mike Cherry calling them “unsustainable and affordable,” and the whole business rates system “an unfair, regressive tax, which hits small firms before they’ve had the chance to make their first £1 in turnover, let alone profit.” Top accountancy firm Bishop Fleming agree, and have called on the Government “to tear up the rule book” on business rates and introduce a much fairer local corporation tax.

“The major win at the latest budget to exclude 600,000 small firms from the business rates system remains hugely important,” admits Mike Cherry. “However, our survey shows the delayed revaluation harms too many small businesses…. This is particularly true in London, where we urge the Chancellor to raise relief thresholds as part of his Spring Budget. This will help protect hundreds of small businesses currently left out in the cold. A small hardship fund designed to assist pockets of firms throughout the country would go a long way to resolving the anxiety felt within the small business community.”

Mike Cherry said, “While many of these businesses which may have contemplated the possibility of closure will ultimately find a way to carry on, the current level of anxiety within the small business community should worry policymakers.”

The Impact of Business Rate Increases

54% of those businesses expecting a rate rise expect their profits to fall, while 38% plan to increase their prices to offset the increase. 55% said they will be reducing or postponing investment in their business, or cancelling it altogether.

“Profitability across the UK small business community is already falling. The costs of doing business for small firms are now at their highest levels since early 2014,” warns Mike Cherry. “The last thing we need is a business rates burden so heavy that it threatens the future growth prospects of our entrepreneurs.”

He also expressed concerns about the new “rigged” appeals system for those wishing to challenge their revaluation assessment, which he fears “will prevent small businesses with genuine concerns… being able to seek justice and redress.”

He is calling on the Chancellor to use his Spring Budget to announce a cross-party commission “to propose measures for a replacement business tax system linked fairly to the ability to pay.”

Government Insists: “This is about making business rates fairer.”

Meanwhile, the Government insists that the revaluation and business rate changes make the system fairer and will be positive for many firms.

“We’re introducing the biggest ever cut in business rates – a £6.7 billion package over the next 5 years,” said Sajid Javid, Secretary of State for Communities and Local Government. “This is about making business rates fairer.

The Government has already established a £3.6 billion transitional fund to help businesses facing sharp increases, and last week Prime Minister Theresa May confirmed that she has asked Mr Javid and the Chancellor, Philip Hammond, to provide additional help for those firms worst affected by the upcoming changes, acknowledging that some businesses would be “particularly adversely affected.”

The exact extent of the Government’s plans and their relief fund won’t be known until the Budget is revealed on the 8th of March.