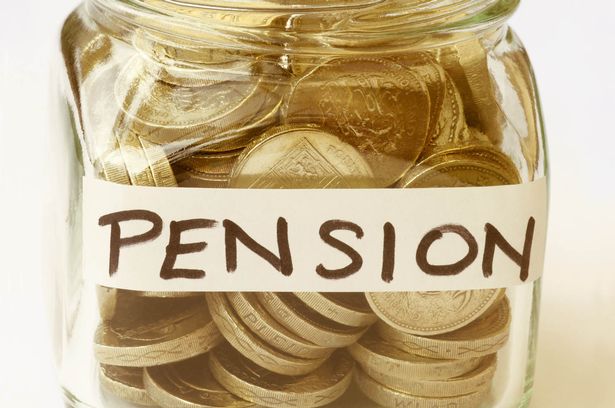 I know what you’re thinking: ‘She’s lost it. End of the road. A Disney baboon has nothing to do with business.’

But bear with me, because I haven’t lost it (just yet), and he has got something to do with business. I’ve been reading the FBS National Chairman’s New Year Message, and couldn’t help thinking it could be summed up quite well by the ever-wise Rafiki’s somewhat shorter advice: ‘Change is Good.’

Change is Where The Opportunities Lie

“If you ever think about getting into business for yourself, there is one thing you are going to need to get comfortable with – change,” says Chairman John Allan in his message. “Smart businesses

know that change is where it’s at. It’s where the opportunities lie. If you can’t change, or you can’t adapt to rapidly changing circumstances, you are going to be left behind and so is your business.”

So he’s saying that change is good, basically, and his message also seems to echo another famous quote, though not by Raifki this time: Eckhart Tolle’s ‘Evolve or die.’ In a world where technology is moving faster than ever and climate change is already having an impact on lives and livelihoods, this is good advice. Small businesses can’t afford to stay still because the business environment in which they operate doesn’t; and increasingly, their physical environment can’t be relied on to remain the same either, as the risk of flooding and extreme weather becomes more severe.

A Year of Decisions, Debate and Change

“2016 is going to be a year of decisions, debate and change,” says John Allan, citing the many upcoming elections, the potential EU referendum and the Government’s pension and pay changes as factors that will “impact on small firms and change the business landscape.”

“The Chancellor has called for the UK to become “a higher wage, lower tax, and lower welfare society.” A catchy sound bite for the newspapers – but it’s increasingly clear that businesses are expected to step up and play a key part in delivering it. Next year will see the introduction of new policies like the National Living Wage, the small business rollout of the workplace pension, changes to dividend taxation, and the introduction of the Apprenticeship Levy. Each of these changes will bring their own challenges and require all businesses to adapt – but they also present opportunities.”

A Period of Change for the FSB Too

John Allan also spoke about the changes the FSB is undergoing to represent the breadth and diversity of today’s small business community.

“Just before Christmas FSB updated our brand to reflect the UK’s dynamic and changing small business sector. More and more business is being conducted online and the entrepreneurs leading it are more diverse than ever before – as are the business models they rely on. More importantly, our members expect more from us. We can’t just be the voice of small business anymore – they want us to be experts in business too – offering more advice, further support and taking greater leadership on the issues which matter to them.”

Does your brand reflect the breadth and diversity of its audience? Does your business need to change what it offers, responding more to what its clients or customers need and want?

Run From It or Learn From It

“The past can hurt. But the way I see it, you can either run from it or learn from it.”

No, not John Allan this time. We’re back to Rafiki, who proves his point by swinging his stick round for a second whack at Simba’s head – which Simba ducks, proving he has learnt something, and made a change because of it.

So if you’ve made a change, or a change caught you out in 2015, then now is the time to look back and see what it taught you, so that you can either make more changes, reverse a change that’s not proved successful, or be more prepared for the unexpected changes life can throw at your business. Time for reflection is never wasted time, and sometimes change can force you to think outside the box – often the place where those opportunities of John Allan’s lie.

Simba, of course, understands this, as he shows after he’s ducked that second swipe.

So don’t just duck. Yes, ducking a second swipe shows you’ve learnt something. But taking the stick means you’re not only making changes based on the past, but you’re also prepared to be bold and make changes for the future. Go grab that stick!