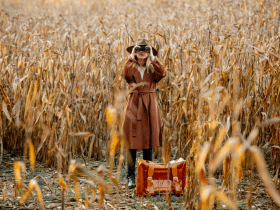 Do I Still Send a Tax Return if I Made a Loss?

Treasury committee chairman, Andrew Tyrie has written to the financial secretary of the Treasury, MP Jane Ellison and FSB chairman, Mike Cherry about the conflicting estimates of the Making Tax Digital scheme. He’s calling for clarification and wants to know why there have been such conflicting opinions on how much the scheme will cost businesses on average.

What is Making Tax Digital?

Making Tax Digital was first announced by former chancellor George Osbourne in 2015. It will mean that businesses and sole traders will have to submit their records in a digital format to HMRC on a quarterly basis rather than once a year. This will enable businesses to have a real-time view of their finances and a clearer picture of what they owe HMRC.

The government has planned for an April 2018 date but there have been calls to delay the process in order to give businesses adequate time to prepare. Many businesses have still not heard of the scheme and therefore have not made plans.

The Treasury committee highlights worries that the time before MTD comes into place leaves “too short a lead time” for such a “fundamental change”.

They also said that if managed badly, the Making Tax Digital scheme could “undermine the culture of mutual trust” between taxpayers and HMRC.

Another argument is that there is not enough information on free software available to companies so that many could end up facing higher fees for their accounting which will only add to the rising cost of doing business.

The Federation of Small Businesses on the other hand is under the impression that the cost will more likely be around £2,770 a year.

Tyrie said: “The compliance cost estimates are so far apart that at least one of them must be wrong. I have written to both the Treasury and the FSB to ask for detailed supporting methodology for their estimates.

“If the FSB are right, the effects of Making Tax Digital would be crippling for many small businesses. If the government are right, businesses have something to gain in the longer term and one would expect them to be queuing up to join the pilot.”

More information is expected after the chancellor’s Spring Budget on 8 March, though the committee would like clarification sooner.

What do you think of the Making Tax Digital scheme? Are you prepared? Let us know your thoughts!