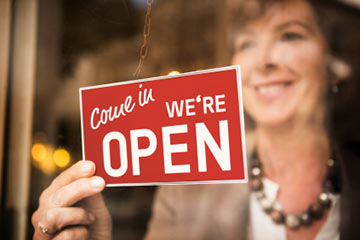 The importance of small businesses today

Ofcom has stated that the availability of super fast broadband based on superfast services from Virgin Media and BT was lower for businesses than for residential premises.

At the national level, only 56 per cent of SMEs have access to super fast broadband compared with 75 per cent of UK premises overall. Ofcom has reported that it is now investigating solutions.

The Federation of Small Businesses said it was pleased to report that it had recognised for the first time that small businesses had different needs to the residential market.

The FSB reported that “Service providers need to make sure that small businesses are not just an afterthought”. They also said that “The government needs to show greater ambition for UK broadband if we are going to tap the growth potential of small firms and be a contender in an increasingly competitive global marketplace.”

It had also been identified that super fast broadband coverage in rural areas needs to be improved and in areas known as ‘city not-spots’ – these are urban areas including parts of central London that have poor broadband coverage.

The government is seeking to close gaps in coverage by investing more than £1 billion to take super fast broadband to more than 90 per of the UK by 2016. It also plans to introduce a voucher scheme to help subscribe internet access for businesses in cities.

Ofcom’s chief executive, Ed Richards said “We need to continue asking whether collectively we are doing enough to build the infrastructure of the future, and to maintain the competition that benefits customers and businesses.”

As a result of increased investment better and faster connections should begin popping up all over the UK at an increased rate. Fibre broadband is far from being just a tool for businesses, it allows not only businesses but also consumers to do more online than ever before.

How does broadband speed affect your small business? We’d love to hear your thoughts!