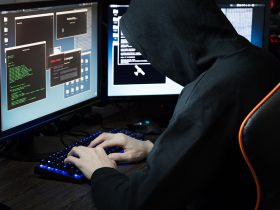 When you hear the words ‘pension scheme’, you imagine silver-haired seniors and the older generation of employee who are trying to accrue enough money to escape the modern working life. However new research released this week has revealed that business across the country are now putting more focus on their younger members of staff when it comes to organising their pension programmes.

This research consisted of a survey of 500 UK employees and was carried out by Edinburgh-based pension, insurance and investment company, Aegon UK. The finding showed that a whopping nine in ten businesses are now doing more to consider their millennial employees in workplace pension schemes. This newfound appreciation of the 16-35 year old category has come as a result of auto-enrolment regulations that were put in place during 2012.

These auto-enrolment policies were implemented to address the issue of workers missing out on pension provisions through employer negligence or sheer ignorance. Auto-enrolment has made it compulsory for employers to automatically enrol eligible employers into pension schemes and has caused nearly 70% of those surveyed to feel a much greater duty towards their younger members of staff.

The digital age of pensions

Nearly 90% of those surveyed revealed that they have recently made significant moves to improve their workplace pension schemes in a bid to attract and keep hold of talented youngsters. Nearly a quarter have already introduced innovative new digital tools that offer millennials a more modern way of monitoring and managing their contributions. Nearly 20% now also offer a reward scheme for those who increase their contributions, while an additional 15% revealed they had provided options to broaden the flexibility of their workplace schemes.

However, there are still the notable 12% of those who collectively still believe that their staff still benefit from communications carried out through good old fashioned annual statements. Just over 20% of those surveyed are still making use of print reminders, while 22% still rely on regular face-to-face meetings to discuss pension matters with their employees.

Angela Seymour-Jackson, managing director of Workplace Solutions at Aegon UK, said: “We’re now in the digital age, where millennials account for a growing percentage of the workforce. Latest ONS statistics show those between the ages of 16 and 35 make up over a quarter of the UK population and are set to play a prominent role in the workforce.

“These millennials are turning to workplace pensions more than ever. More workers ages 22 to 29 have signed up for a workplace pension since 2013 than any other age group. They account for a significant section of the workforce and it’s encouraging to see businesses adapting to meet their changing needs, alongside those of other generations.”